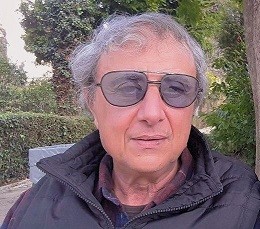 I have to add that when I composed this work it was literally Monday, the Day of the Moon'“

He had some of his works performed in Buenos Aires, Chicago, Connecticut, Romania, and Berlin.   Most of his music scores are today found at the Malta National Archives,  which he gave them as An Contribution to Society. On the 5th of May of 2018, two of his Classical guitar Sonatas where performed by the Argentinian guitarist Carlos Eduardo Bojarski, and the Duo HARPVERK have commisioned him a work which is now composed and called  ‚BELT 1‘ while another Duo Sideband is to perform another work of his ‚Bliss for 2‘.

The Piano work  ‚DAY of the MOON‘ was composed for and is dedicated to the pianist Susanne Kessel of Bonn, Germany.  This work is in three short parts, using a fusion of traditional notation with graphic scores, musically interpreting turmoil of romantic music leading to a serene, and calm ‚cosmic‘ ending.