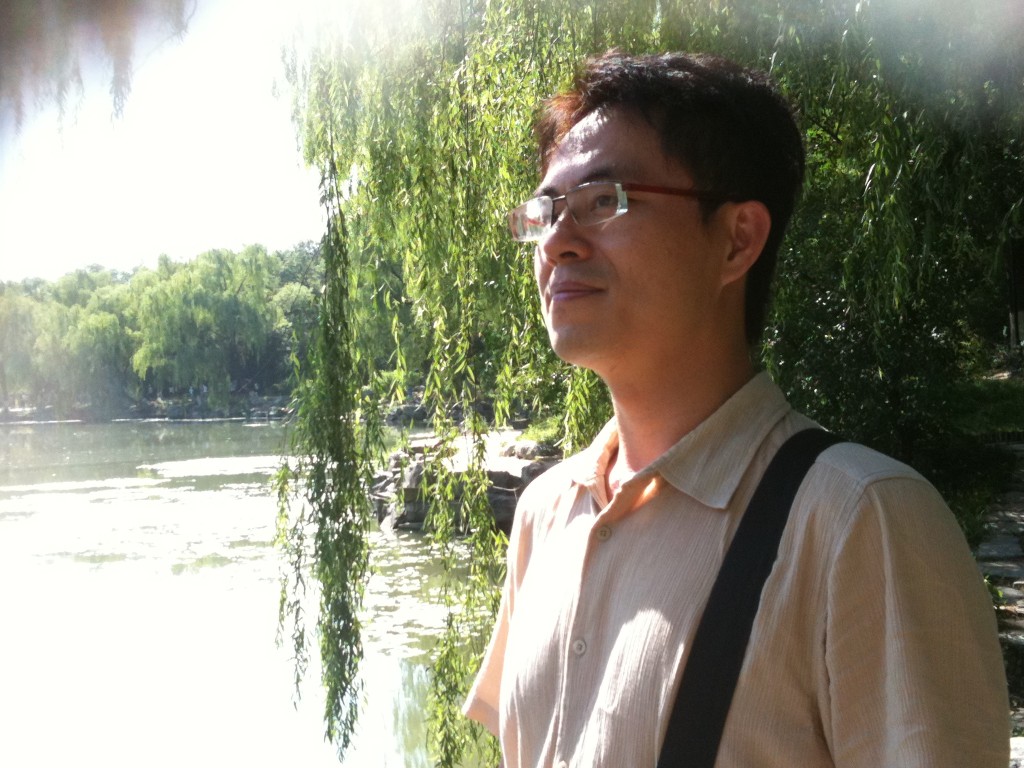 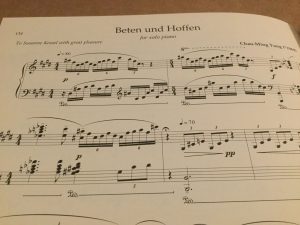 „This piano piece is a sound collage consisting of diverse quotations of piano sonatas by Beethoven and a hexatonic melody in a Taiwanese tune. I took out from Beethoven’s sonatas the possible fragments, which have the pentatonic character and Asian music expression. The Taiwanese melody accompanies the whole quotations of Beethoven and bridges the two musical cultures of western and eastern. On February 6th 2016, while I was composing this piece, a terrible earthquake occurred in sputh Taiwan adn took 116 lives. This piano piece should memory my dropped countrymen ny this natural catastrophe, prays and hopes for the better harmony between human and nature.“

Chao-Ming Tung is a Taiwanese-born composer and gu-zheng player (Chinese zither) based in Cologne, Germany. His music encompasses stage, instrumental, vocal, and electro-acoustic works, and multimedia-performances with visual arts and dance. Since 2000 he has gradually incorporated Chinese instruments into his music, and improvises with gu-zheng and live electronics in concerts. Tung’s work has been presented in concerts of numerous festivals throughout Europe, Asia, and the USA. He has collaborated with choreographers, dancers, painters, musicians, ensembles, sound-, media- and video artists, e.g. Annegret Heiln, René Pieters, Bernhard Gal, Klang Forum Wien, Ensemble Ictus, Ensemble Modern, ensemble 2e2m, Ensemble On-Line Vienna , ensemble DEDALO, and China Found Music Workshop Taipei. He was awarded the Bernd Alois Zimmermann Scholarship for Composers from the City of Cologne in 1999, the Scholarship of National Culture and Arts Foundation Taiwan in 2001 and Stipendium of Villa Aurora Los Angles 2004. From 2006 – 2007 , he was composer in residence of China Found Music Workshop Taipei. Since 2007, he teaches composition at the Ciao Tung University in Taiwan. Website Chao-Ming Tung (Soundcloud)