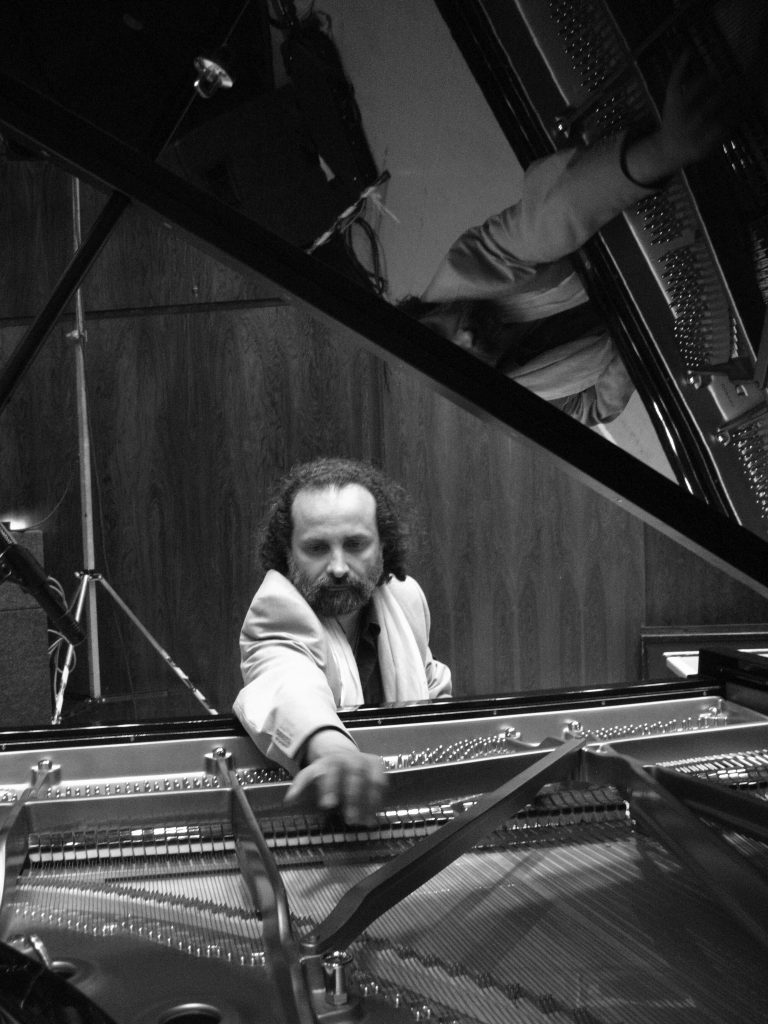 “The title means ‘Heiligenstadt or the Edge of the Abyss’. Musically, two main worlds are juxtaposed here: will and affirmation on the one hand, delicacy, doubts and despair on the other. And as a third element, at the end of each phrase, resonances: an allegory for the evaporated memories and a symbol of things that couldn’t be.

About the title: in Heiligenstadt (now a district of Vienna) LvB wrote a well-known document in 1802, the so-called Heiligenstädter Testament. In this letter he expresses his despair over the progressive deafness and the near-believed death by his own hand.

The tonal language of the present piece is not that of the Beethoven era, but rather full chromatic. The twelve notes are grouped differently in each motif: as quartal harmony, with whole tone scales or as flowing 12-tone “clouds”. The affirmative element is a robust octave that deviates either into a small ninth or a major seventh.

Throughout each of the four phrases / sections, each of the twelve pitches always occur in the same octave position. Seen in this way, the skeleton of the piece is merely the concatenation of four hyper-chords.”

Composer & pianist Juan María Solare, an Argentine born in Buenos Aires,  living in Germany, is one of those musicians that open scarcely travelled paths. The singularity of his music stems from the confluence between post-Piazzollian tango and classical contemporary music. His peculiar style represents a synthesis of North and South, classical and popular, wit and melancholy, performance and composition, avant-garde and retro-garde (“vintage”…). “Art music and light music are not irreconcilable extremes, but poles in a force field“, wrote Solare about his “musical bilingualism“.

Solare conducts the Orquesta no Típica at the university of Bremen (Germany). At the Hochschule für Künste in Bremen he teaches Composition and Arrangements. He also conducts the chamber orchestra of the Bremer Orchestergemeinschaft. He is the editor of four piano albums for the publishing house Ricordi Munich [now Ricordi Berlin] and is currently editing an album for voice and piano (Tango Canción) for Peters Verlag (Lepizig).