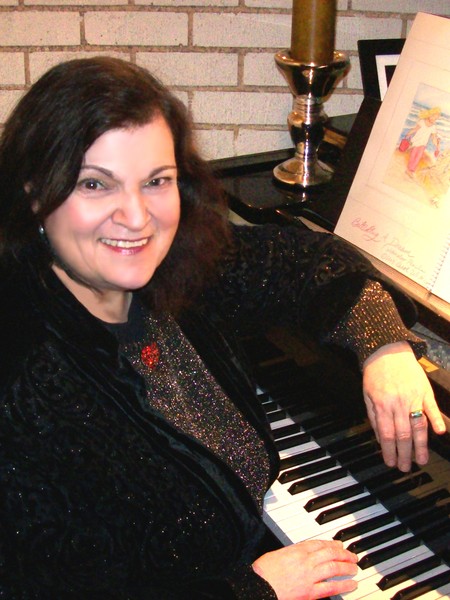 Carol Worthey about her piano piece “The Last Thunderstorm”:

“After delving into the fascinating life and reading many personal letters of Beethoven, one of the ironies that struck me most about the man, his legend, and his often tragic reality was that Beethoven died during a raging thunderstorm.
I decided to use this dramatic scenario to depict the master in his last moments, perhaps (as I imagined it) lifting his fist against the torrent of lightning and thunder to protest Fate… The lowest notes on the piano form a deep-booming cluster that can evoke striking thunder bolts — against this is juxtaposed higher, brighter bursts of sounds that mimic the downward-crashing lightning. At the end of the work, the storm dissipates into a cry for help and a resignation, gentle as it is and almost like a nursery rhyme relived at his last moments. Thus the master dies… but his music will live forever.”

“The Last Thunderstorm” – in concert: