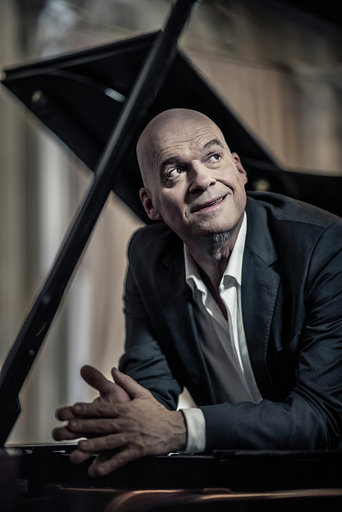 “127/2/2 Byroad is based on a personal experience listening to the 2nd movement of Beethoven’s late string quartet op. 127. In my perception, the introducing 2 bars of this work are one of the most mystical moments in Beethoven’s music. They consist of a whisperingly silent seventh chord, slowly piled up from bottom to top, lacking the third and doubling the seventh instead.
The floating moment of this recumbent chord before the lyrical main theme in A flat major did inspire me to a “byroad” into the present – like a dream sequence – in which this chord, in open position , does alternate with a similar b-flat minor seventh chord, each 2nd time adding the fourth (in jazz the tension 11).
The piece does begin with the quartet’s original quote that is supposed to be picked on the strings, tributing to the original lineup. Then the main part does start with a short rhythmically altered partial quote of the main theme, followed by a free melodic line in improvising manner over the two accompanying chords. Starting calmly, motion does more and more increase, culminating in fast, jazz-influenced scales before settling back down.
In the end, everything including the accompanying chords does dissolve silently in the universe – the place where the genius and timelessness of Beethoven’s work is immortalized.”

The German pianist and composer does perform worldwide as a soloist and chamber musician. Important concert halls as Town Hall New York, Sala Sao Paulo, Pretoria State Theater, Oriental Arts Center Shanghai, Musikverein and Konzerthaus Vienna or the Philharmonic Munich and Cologne are some of the venues he appeared. His soloist performances together with renown conductors as Joao Carlos Martins, Kazushi Ono or Gerard Korsten did influence him as much as joint projects with artists as Christa Ludwig, Julia Stemberger, Cornelius Obonya, Mercedes Echerer and many more. As a chamber musician, he is mainly working together with cellist Friedrich Kleinhapl. Woyke does cross stylistic boarders and and is constantly searching for unconventional ways. As an improviser he works with painters and accompanies silent films. He draws his inspiration from jazz, contemporary music, rock, fusion funk or trance. On his solo CDs “Braiding Bach” and “Braiding Chopin” he does combine his jazz-influenced compositions with those of the composers. His solo album “Festas Suramericanas” as well as several recordings together with Kleinhapl have been internationally awarded. In addition to his concert activities Andreas Woyke does teach chamber music at the Kunstuni Graz. On his world tours, he regularly does give master classes for students.