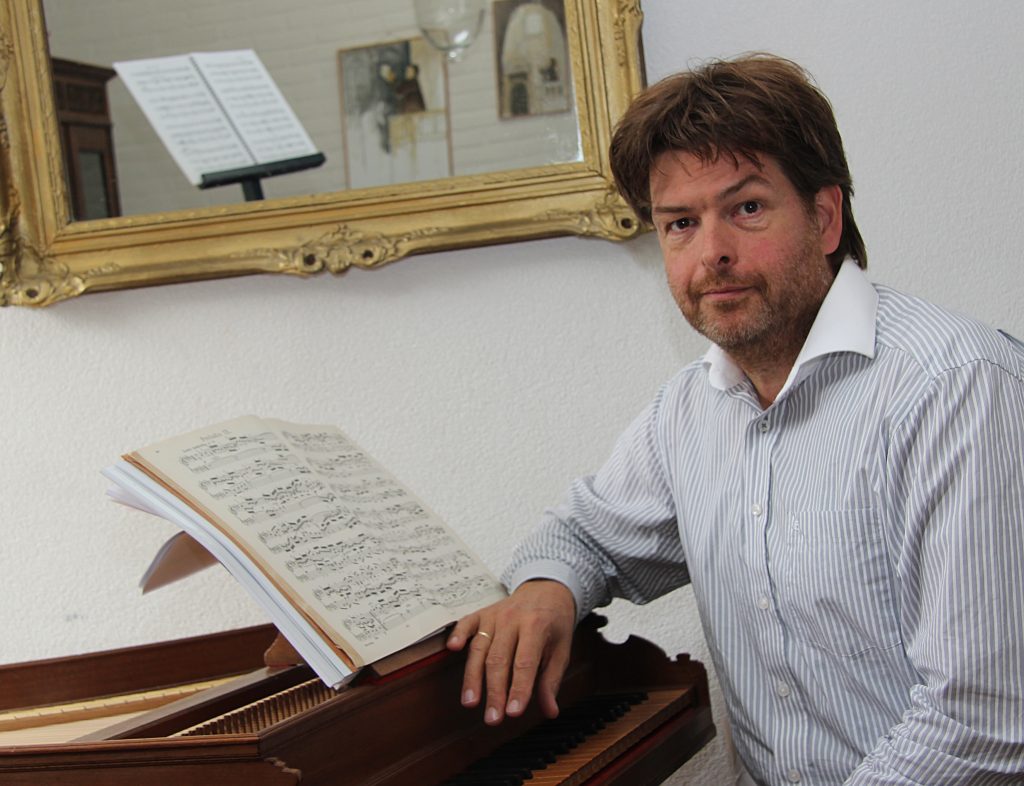 “The beginning of “Für…” directly links to probably the most famous piano piece ever. Even a non-piano player can play the first 8 bars of Für Elise.

In “Für…” the first interval of the falling second (e-d#) is omnipresent, both falling and rising and even simultaneously. The next motive unfolds in parts until it is played complete. Then a quasi tango-metre (3+3+2) develops on the initial interval of a second. The parts in 3/4 metre take bar 2 of Beethoven’s original and repeats it in an ascending line. Near the end a Recitativo quotes Beethoven’s fourth piano concerto, in which the first theme also uses the falling second interval. This part ends with ‘the’ Wagner chord as a link to a short coda. When the first literal quotation appears is it directly disturbed by climbing broken chords in distant tonality. The two notes of the ending interval are both distant in height as in dissonance.”