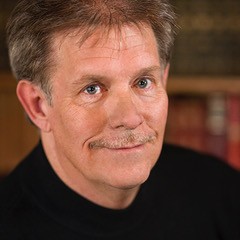 John S. Hord about his piano piece “Reminisces of Beethoven”.

I believe his love of nature was his visible expression of his love of God. The use of B-natural and F-natural are guideposts through this composition. Measure 1 – the whole notes are the lowest chromatic pitches on the 88 key piano. Measures 4 and 5 – the cry of the lone wolf. Coda – his final heartbeats are symbolized by the B-natural. The F major chord symbolizes his final release of the torments of his life and the acceptance of passing into peace. The final measure of paused silence is a quiet remembrance of, and thanksgiving for, his life and work.”