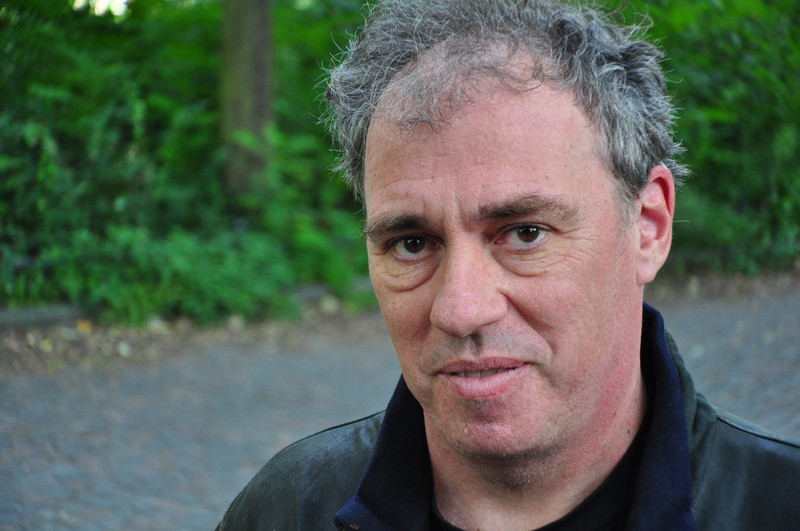 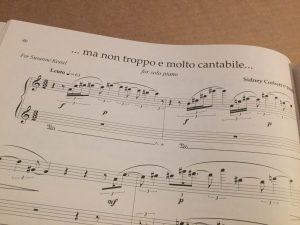 For my work, I chose as sources three among my many favourite passages from Beethoven’s work: the c sharp minor quartet, op. 131, the c minor sonata, op. 111, particularly a passage toward the end of the second movement, the arietta, and one of the great war horses, the andante movement of the 7th Symphony in A major. The references however are indirect. For the most part, the links, harmonies and rhythms are my own and live within the context my own writing has created. The title derives from a marking in the quartet, the same is true for the marking later in the piece, adagio ma non troppo e semplice. This passage also owes some of its rhythmic shape to the corresponding passage in the quartet. The concluding passage, intimo, quasi andante, leggieramente is as mention above a reference to a passage in the c minor sonata, itself reminiscient of the scherzo in Beethoven’s 9th Symohony. And some of the repetitions in my work drawn upon the andante to the 7th as a source of inspiration.

So what the piece is then is a personal reflection upon some of Beethoven’s music, as expressed in my own language. Obviously, all composers draw upon external sources, both musical and non-musical in the creation of our works. Some of these are more readily apparent, some less so. In my case, more often than not, these sources are extra-musica: theology, philosophy, literature, visual arts are principal among these. Yet in writing for the piano, it seems to me unavoidable that Beethoven is and shall ever be there in front of us, scowing.

Sidney Corbett was born in Chicago. He studied music and philosophy at UCSD and Yale University and was a member of György Ligeti’s composition class in Hamburg from 1985 to 1988. Corbett has been professor of composition at the University of Music and the Performing Arts in Mannheim since 2006. A particular emphasis in his recent work has been in the area of music theatre. To date he has written six operas, the most recent of which, „Die Andere“ (The Other), after an original libretto by Christoph Hein, was premiered at the Madgeburg State Opera in March 2006. His works have been released on Kreuzberg Records, Cybele Records, Mode Records, CRI, Edition Zeitklang, Blue Griffin, Edition Kopernikus and Ambitus Records. Corbetts Musik is published by Edition Nova Vita, Berlin, and distributed worldwide by Edition C.F. Peters, Leipzig.