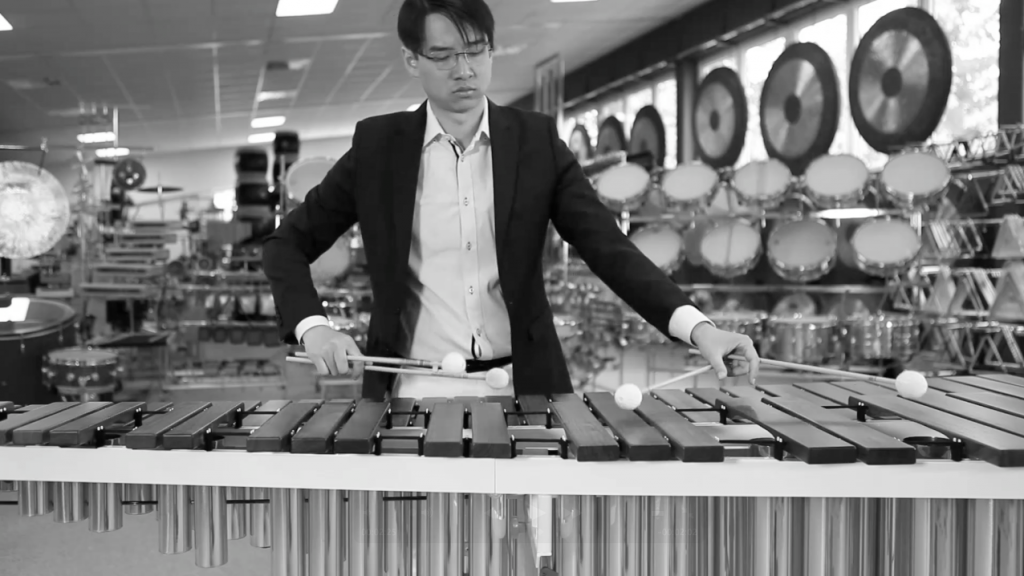 „I was introduced to Susanne Kessel and the ‘250 Piano Pieces for Beethoven’ international composition project in 2015 by one of my closest mentor and teacher; now a dear friend, Professor Dennis Kuhn. There were a few general guidelines to the commission, one of which was that “the piece should “refer” to Beethoven in any way”. The openness to that guideline made it particularly difficult for me to choose a main inspiration for the work. I decided to look back at my early training as a musician. Learning the piano at a very young age, I remember being introduced to Beethoven’s Bagatelle No. 25 in a minor (famously known as Für Elise), the first and only Beethoven piano piece I played. I thought that this was the perfect inspiration for the commission as I have a wonderful and close friend named ‘Allyce’. For Allyce (2017) is a short work in ternary form (A, B, A) that utalises a system to match the English alphabet (26 letters) with the pitches used in the western classical music notation. Section ‘A’ is based on the first name (A, E, E, D, C#, E) and section ‘B’ is based on the last name (Bb, G, D, F, A, G). The direct modulation between the sections is inspired by the commonly used composition technique of Beethoven’s. For Allyce is dedicated to Susanne Kessel for the ‘250 Piano Pieces for Beethoven’ international composition project. A heartfelt thank you to Dennis Kuhn.“