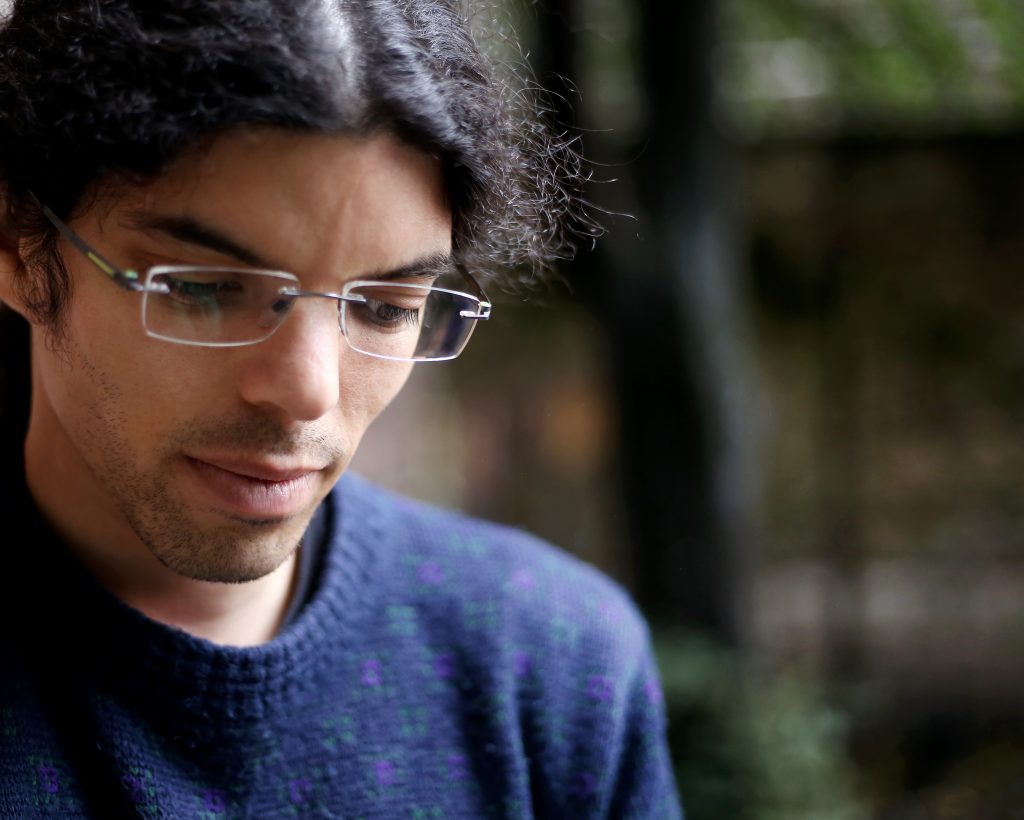 „This cycle consists of four highly compressed pieces for piano. Each piece has its own energy, character, gesture and color, as well as its individual dramatic course. However, they are built on what I like to think of as „trespassed“ material, which crosses them horizontally and bidirectionally. This sort of interconnection and mutual shaping among the pieces creates an interdependent relationship.

This composition was particularly inspired by Beethoven´s 3rd and 7th symphonies. Aspects like the abruptness of the dynamics, the gnarly repetitions, but furthermore its unconventional rareness, radicality and existential deepness, expressed within moments like the beginning of the so called „coda“ of the 7th symphony´s first movement, which for me resembles something else rather than music. All that has been kindly invited to infect this four piano pieces.“