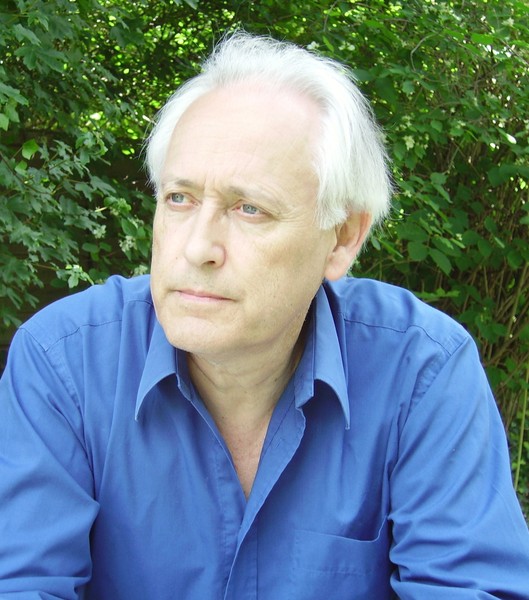 „Beethoven’s Bagatelle Op.119 no.11 provides a template from which this piece springs. It uses exactly the same rhythmic structure and the same number of notes in the same dispositions (plus a few ornamental notes) as the Beethoven Bagatelle.  However there is none of Beethoven’s melody or harmony: the notes, dynamics, tempi and much of the phrasing are completely different; the progressive, temporality of Beethoven’s tonality is replaced by a less time-bound atonality, in which all the pitches are derived from DGABEH (the six ’note names‘ in Ludwig Van Beethoven), and transpositions of that set.
So this is definitely not a reworking of the Beethoven Bagatelle – it inhabits a different world.  It is, however, a tribute to the master who has inspired me for many decades.“

Gwyn Pritchard studied at the Royal Scottish Academy of Music, but much of his subsequent compositional activity has been based outside the UK. His compositions include works for orchestra, ensembles, solo instruments, vocal works and pieces employing electronics.  They have been performed around the world, broadcast on many radio and television networks, and have been included in leading international festivals including Warsaw Autumn, Wien Modern, Huddersfield, ISCM World Music Days, Weimar Frühjahrstage, in Berlin at the Randspiele, Klangwekstatt and Pyramidale festivals, Daegu (S Korea) the International New Music Week, and numerous others.  In recent years Pritchard has been the subject of a number of ‚portrait‘ concerts, exclusively of his music, by the ensembles OENM (Salzburg) and by Ensemble ö! (Chur).  Recent commissions include an orchestral work for the Jaenar Philharmonie at the Frühjahrstage 2018 festival in Weimar, and a solo piano piece for Susanne Kessel, a contribution to the Beethoven 250th anniversary celebrations in Bonn, in 2020.