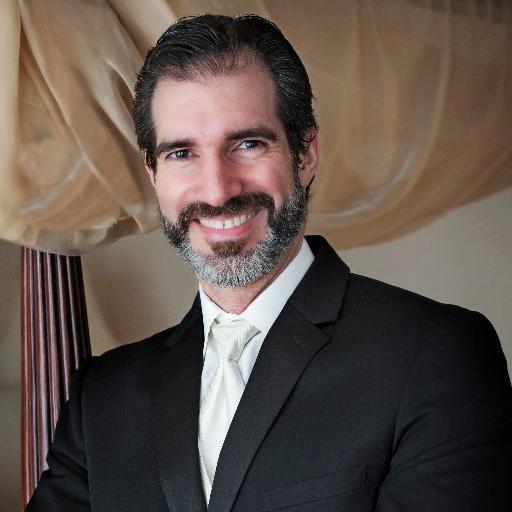 “The piece is both inspired by and based on passages from Beethoven’s Sonata „Pathéthique“; “déchirant“ is almost a synonym for “pathétique”, yet refers more to things being somewhat unsettled. There is a unsettled melodic line floating over a distinct “techo dance” chord progression and rhythmic pulse. I wanted to present a modern young Beethoven mixing classical and techo, and using his intense dynamic range to create senses of both pathos and intensity. Beethoven is the greatest composer, no question. We emerged at a time where we, as a culture, were psychologically and emotionally ready for what he created. He expanded our consciousness and emotional spectrum.“ 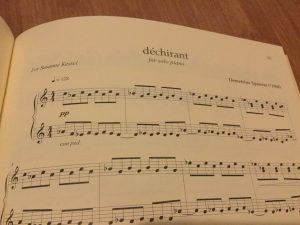 Demetrius Spaneas travels the world as a musical ambassador, connecting classical, jazz, and traditional music throughout the US, Eastern Europe, and Asia. He has worked with such diverse artists as John Cage, Ray Charles, and Kyrgyz traditional musicians, and has been featured as a soloist and a composer at major concert venues and international festivals in the three continents. Through his work with the US Embassy system, he has presented concerts and lectures on American music and culture throughout the former Soviet Union. Interested in connecting cultures and creating international artistic dialogue through cultural diplomacy, his current initiatives focus on Central Asia, the Balkans, China, and Russia. To this end, he has been appointed a Fulbright Specialist in American Studies, Music. He has won grants and awards from ASCAP, Meet the Composer, the American Music Center, and other organizations, including a special certificate from the Russian Duma (senate) for enriching the cultural life of St. Petersburg. Spaneas, a Boston-based artist, is a native of Lowell, MA and holds both bachelor and master of music degrees from the New England Conservatory of Music where he studied classical and jazz performance, composition, and world music. Recordings on Capstone and DSM (as soloist), and Cantaloupe, Mode, Centaur, BMOP Sound (as ensemble member).  Website Demetrius Spaneas