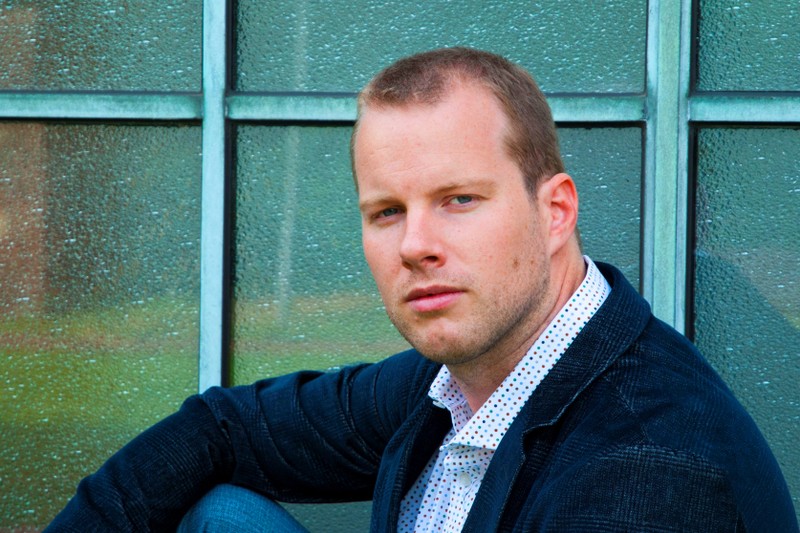 Solace and empathy are fundamental features for me in Beethoven’s oeuvre. While Beethoven was not easy as a person (not for himself nor his surroundings) and as he saw himself confronted with several major setbacks, most of his music speaks about strength and hope. And conveyed faith that man’s struggle in life will eventually triumph. The slow movements in Beethoven’s work are often surprisingly comforting, take for example the ‚Adagio un poco mosso‘ from the fifth piano concerto, the ‚Benedictus‘ from the ‚Missa Solemnis‘ or the ‚Heiliger Dankgesang eines Genesenen‘ from the 15th string quartet. I’ve used these compositions as a starting point for writing my composition Dankgesang, which is intended as a slow piece, similar to Beethoven’s essence. 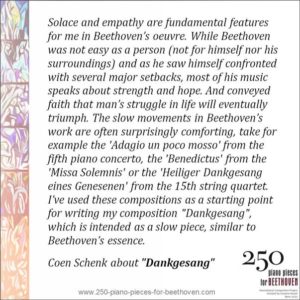